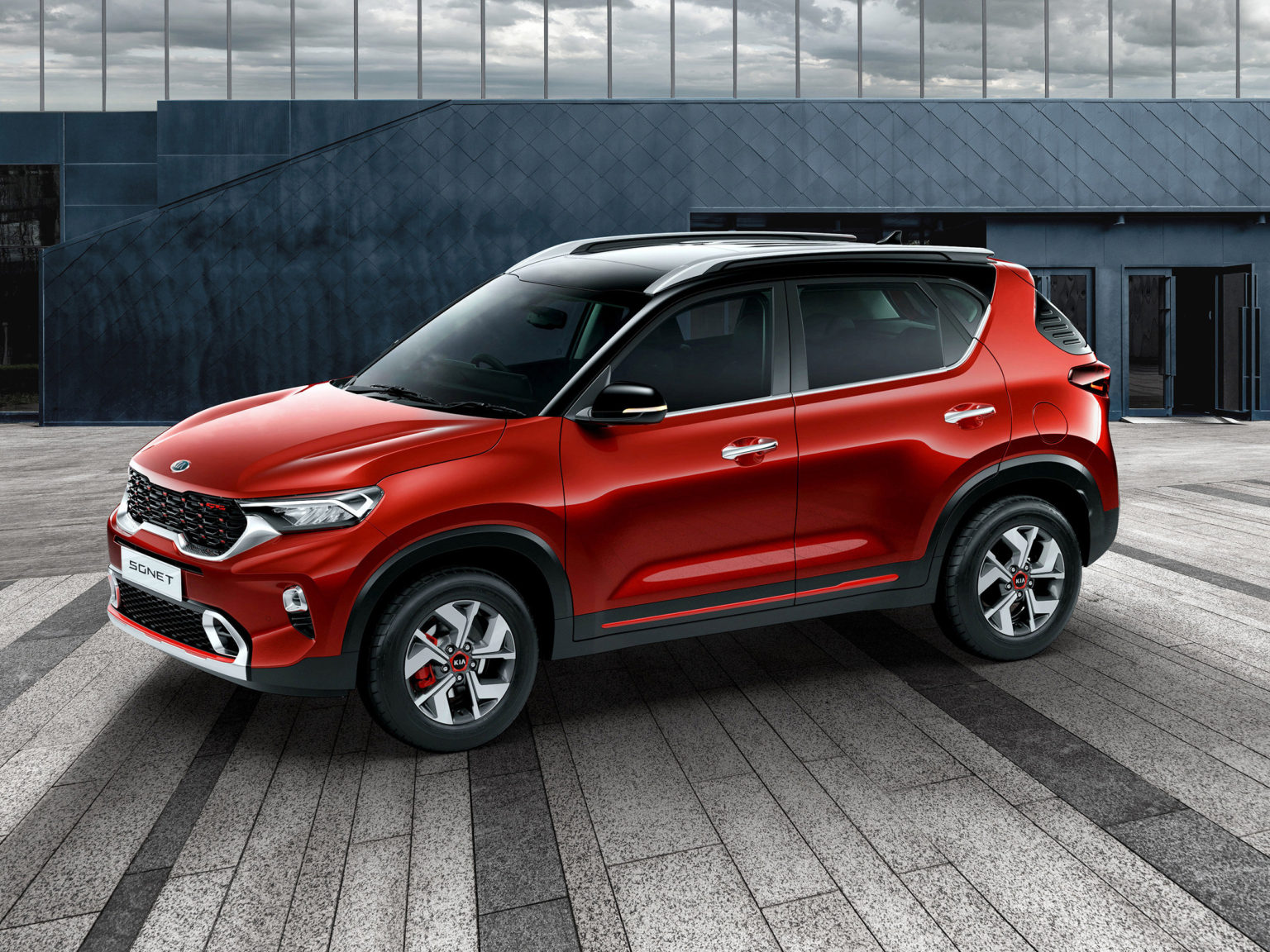 The Kia Sonet is the company’s answer to the Hyundai Venue. It’s a subcompact crossover that would slot below the Kia Seltos in Kia’s North American lineup. That is, if it ever makes it here.

The Sonet is made in India and will be sold globally – the same as the Ford EcoSport. It’s a completely new model for Kia, having been jointly designed in partnership by Kia Motors India and Kia’s global R&D headquarters in South Korea.

The urban crossover incorporates Kia’s signature tiger nose grille along with design lines reminiscent of its Seltos stablemate. Its LED daytime running lights and taillights are shaped like the electric pulse of a heart. At the back, the Sonet is rounder than the Seltos and there’s a diffuser and skid plate.

The back of the Sonet features wraparound rear glass.Photo courtesy of Kia Motors

Buyers can get the Sonet in their choice of up to eight monotone and three dual-tone exterior colors.

Like with other models in the company’s lineup, Kia intends to offer the Sonet in a sportier GT-Line trim level. These models have red accents in the cabin and a D-shaped steering wheel.

Kia is selling the Sonet with they buyer’s choice of three engines: a 1.2-liter four-cylinder, turbocharged 1.0-liter three-cylinder, and a 1.5-liter. The first two are gasoline engines and the other is a diesel power plant. Five manual and automatic transmission options are available. Kia offers a variety of drive and traction modes in automatic versions of the model. Remote start/stop technology is available no matter the powertrain or transmission.

One of the first clues that this model might not be destined for America lies here. The strongest of the three engines appears to be the turbo 1.0-liter. That’s a similar size to what is in the Ford EcoSport base model. There, it’s generally derided as being extremely underwhelming. But, the EcoSport is a size bigger than the Sonet. In the U.S., the similarly-sized Venue has a competent 1.6-liter four-cylinder – the same engine that’s in the subcompact Kia Rio car.

The model features an interior that that youthful design.Photo courtesy of Kia Motors

The cabin of the model features a 10.25-inch infotainment touch screen with navigation on the center of the dashboard. It has a smart air purifier that offers virus protection, a seven-speaker Bose premium audio system, ventilated driver and front-passenger seats, LED sound mood lighting (the Kia Soul also has this), remote start, voice commands, a 4.2-inch driver information screen, over-the-air updates, and a wireless charger with cooling functionality.

Automatic headlamps, fog lamps, and parking sensors are also available. There is no mention of a rearview camera. If the Sonet were to be sold in the U.S., a rearview camera would need to be installed as per a regulation that went into effect in 2018.

It also has “plenty” of leg-, head-, and shoulder room according to Kia, as well as a large trunk. Ventilated front seats are available – a first in the segment. There is no provision for heated seats – something that’s generally a staple of North American model offerings.

Pricing for the model will vary by market. It is rolling out in India soon and will be available in global markets following that launch.

There is room below the Soul and Seltos at the bottom of the Kia lineup, but the competition is getting stiffer by the day as the market retracts. Even the Venue, which is heralded for its spaciousness, comfort, and grocery getting capability only moves around 1,600 models per month. That’s about as many as the Hyundai Accent, more than the Kia Niro, but less than the Rio. Kia sold over 41,000 Soul and 18,000 Seltos models from January to July this year.

Will the Sonet come to the U.S.? Only Kia knows for sure and only time will tell.